Atheism in Society: Discrimination and Misunderstandings

Why Rabbi Shmuley Boteach Worries Me

The Argument from Empiricism 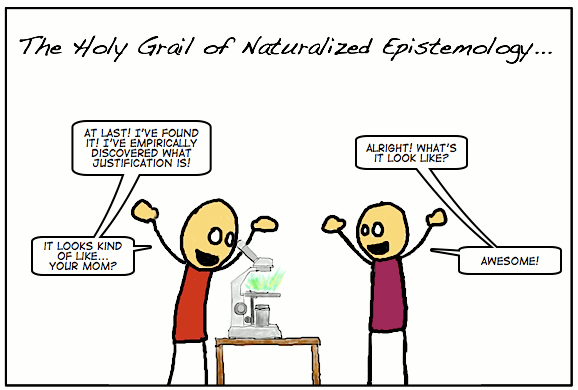 This article will briefly examine empiricism not only within the context of epistemology, but also its relevance in the sparring grounds of modern atheism and religion and the intimate connection the debate has to modern scientific reasoning.  In essence, empiricism is one of the few schools of thought in recent history that has been able to accurately produce conclusions relating to the nature of the universe and its workings.  As such, it is the only framework capable of providing objective information about the external environment, or all data arriving to the brain via the senses. In contrast to other philosophical tools used in determining the “truth,” empiricism dictates that all claims must be grounded in consistent observation or capable of emitting testable predictions. Though the formal methods of empiricism are relatively contemporary, the reflection of human nature garnered therein permeates at least the last few thousand years of human culture. Observation has been and always will be the only consistent methodology for examining the universe. Thus, the analytical mechanisms provided by empiricism are the only trustworthy tools for examining any natural external phenomenon or any other information provided through the senses.

First, empiricism asserts that all knowledge derives from sensory experience.  John Locke, an early English empiricist, immediately did away with the idea of innate human knowledge.  This idea, also known as the “blank slate,” suggests that the sum of knowledge within the brain is an aggregate of experience.  He also divides experience into the two divisions of sensation and reflection.  Sensation, according to Locke, informs the mind of external events, whereas reflection contemplates the internal processing of the mind.  However, a human being is born with basic survival instincts and mechanisms dictated by the brain stem and limbic system.  Nevertheless, Locke’s philosophy appears sound when one discounts the lowest subsystems of the neurological components.  Curiously, Locke was a sort of Christian (the nature of which is certainly up for debate), though his particular theological beliefs relate primarily to the second division of experience: reflection.  Still, his overriding philosophy dictated the necessity of experience in the formation of human knowledge or ideas.

Experiments are a critical component of the philosophy of science and they serve as the  primary vehicle of objective proof within empiricism.  Through scientific experiments, one can test a hypothesis.  This analytical methodology lies in stark contrast to the methods of “proof” utilized by Western religious schools of thought.  Though some in modern Christianity claim that the “proof” of the existence of God comes from the necessity of an “intelligent designer,” this process surpasses the scientific methods of empiricism in favor of intuition.  The conflict between Christianity and science seems readily apparent.  One resides in the domain of reflection, whereas the other lives in the externally-facing apparatus of sensation.  As such,   Were Christianity capable of producing hypotheses and reliable experiments, then the conclusions garnered therein (in this instance, the existence of an omniscient deity) would be repeatable by any practitioner.

Obviously, this is not the case.  One only has to look at other cultures to see that science is one of the few unifying forces created by humanity.  A scientific experiment, when rendered properly, can be replicated in any culture or scenario by anyone.  Theological sentiment, on the other hand, resides primarily within a cultural unit.  Christian fundamentalism resides generally within the cultural sphere of Baptist and Presbyterian communities.  Hinduism instantiates itself primarily in South Asia. Buddhism is popular in the Far East.  According to the methodologies of empiricism, none of these faiths or belief systems have any stake in the functions of empirical sensation.

So, where does this leave atheism?  In my mind, atheists are simply those who reject the processes utilized by monotheistic religions to provide proof for their respective beliefs.  I urge those theists who read this post to consider that we are not attempting to dismantle your beliefs.  Rather, we simply wish to explain our disagreement.